Germany’s reputation for making quality beer and hosting one of the world’s largest, most jovial celebrations is so legendary that across the world each year countless tribute events are held to coincide with Oktoberfest. 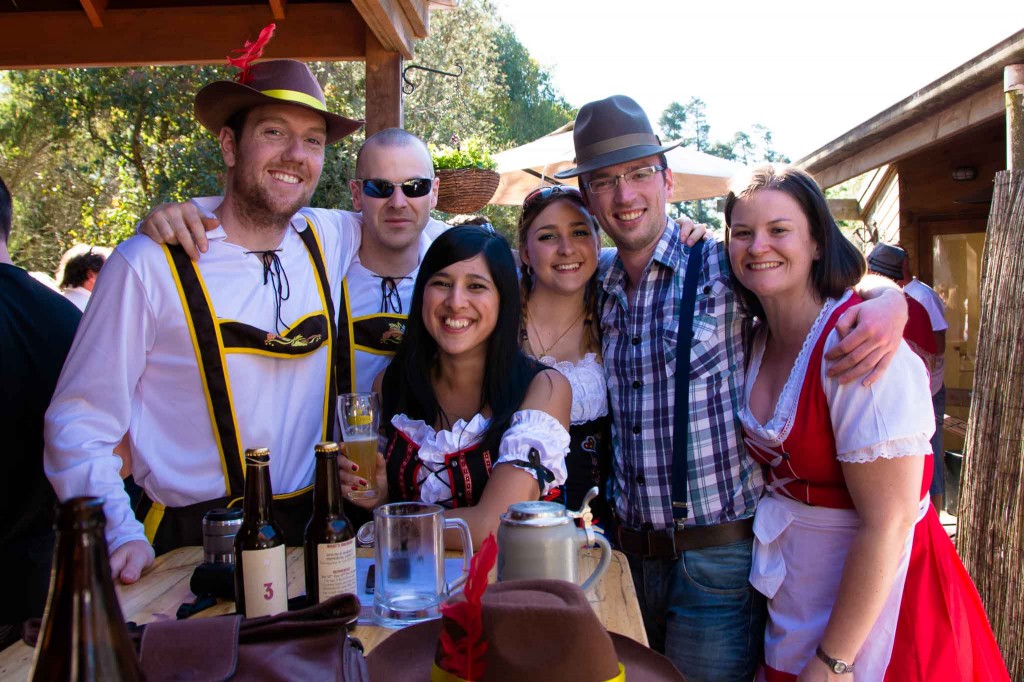 This year, Red Hill Brewery held its second Oktoberfest event over the weekend of 12-13 October, hooking up the taps to its own German-style brews for the occasion.

Occupying the taps were: the Hefeweizen wheat beer; the classic Pilsner; the full-bodied and long conditioned Marzen-style Festbier; and the dark, strong Weizenbock. A paddle sampler was clearly the best way to start, to get an appreciation for the different styles, and to try and pick a favourite … 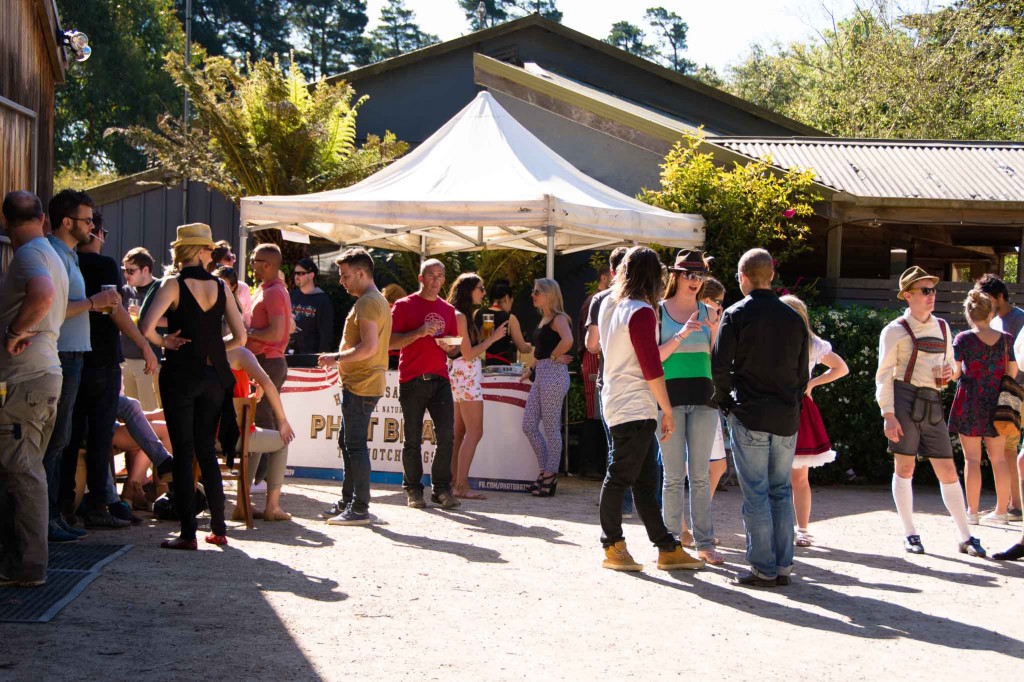 And then, choice made, it was time to grab a seat and enjoy a perfect spring day to sit on the deck with friends and a cold beverage – tasting the various styles of beer or sticking to a favourite – accompanied by a delicious selection of bratwursts provided by Phat Brats, and some live traditional German music. 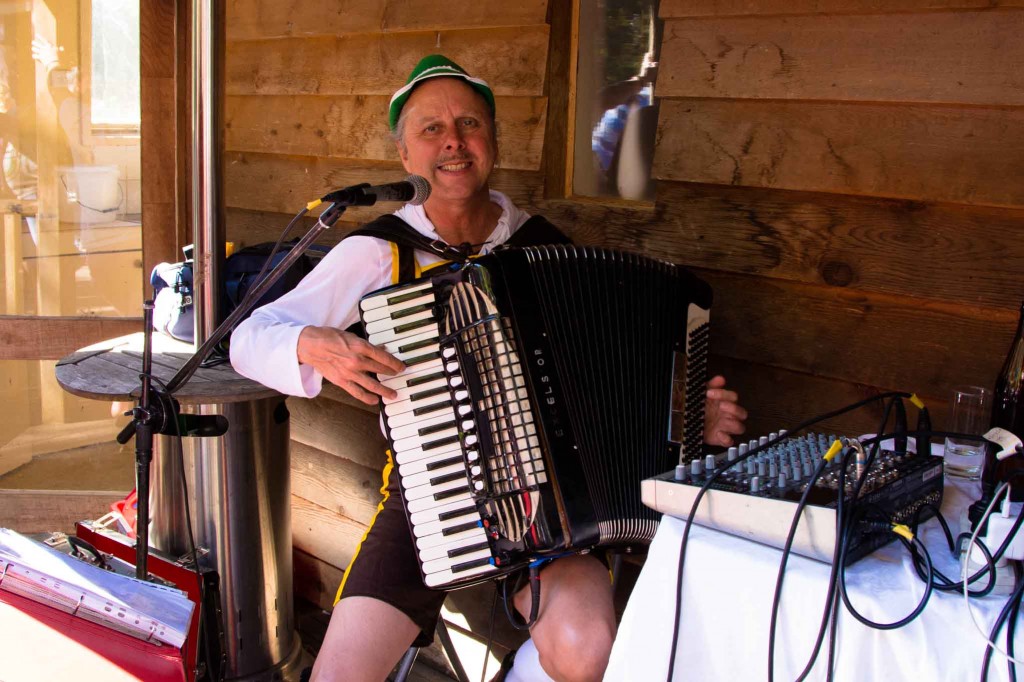 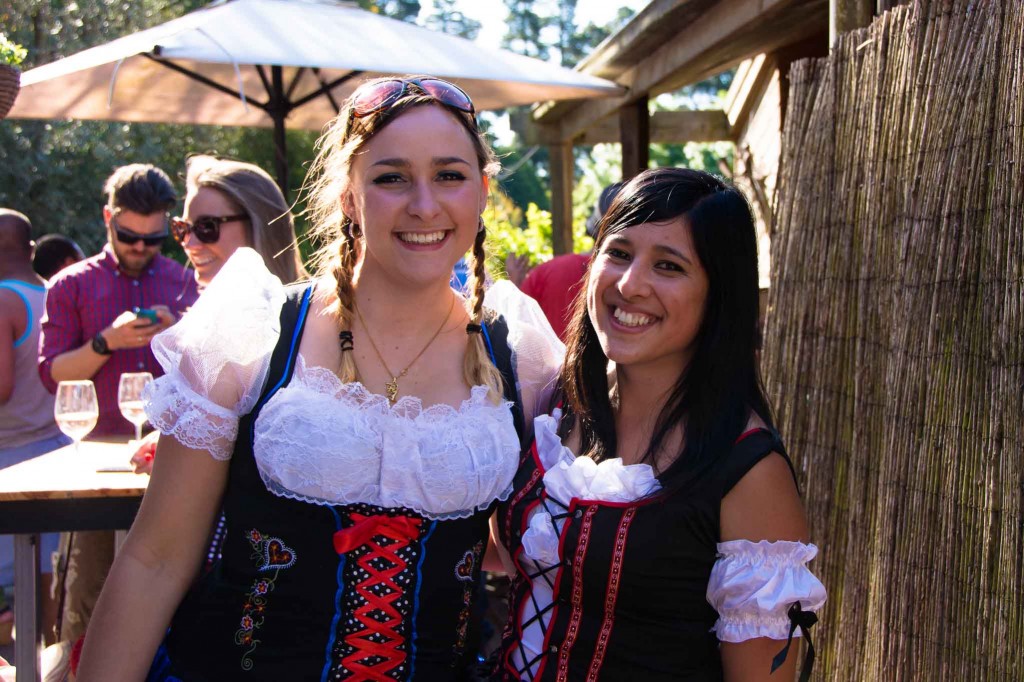 By noon a good crowd had gathered – many dressed in lederhosen or dirndl outfits – the beer was flowing freely and the friendly, relaxed, yet enthusiastic, atmosphere was palpable. 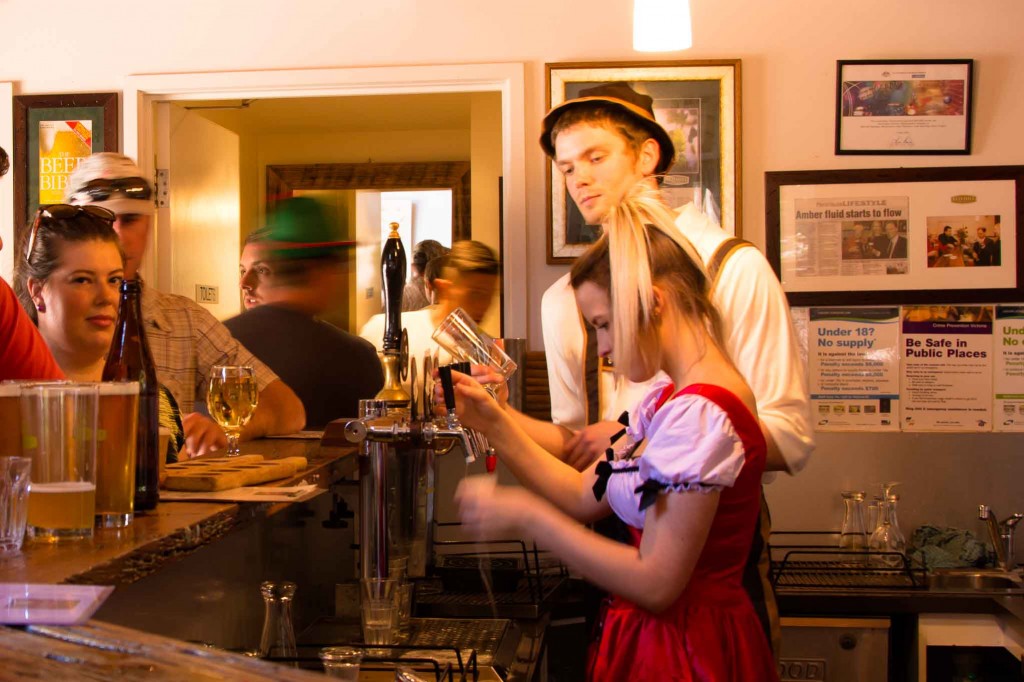 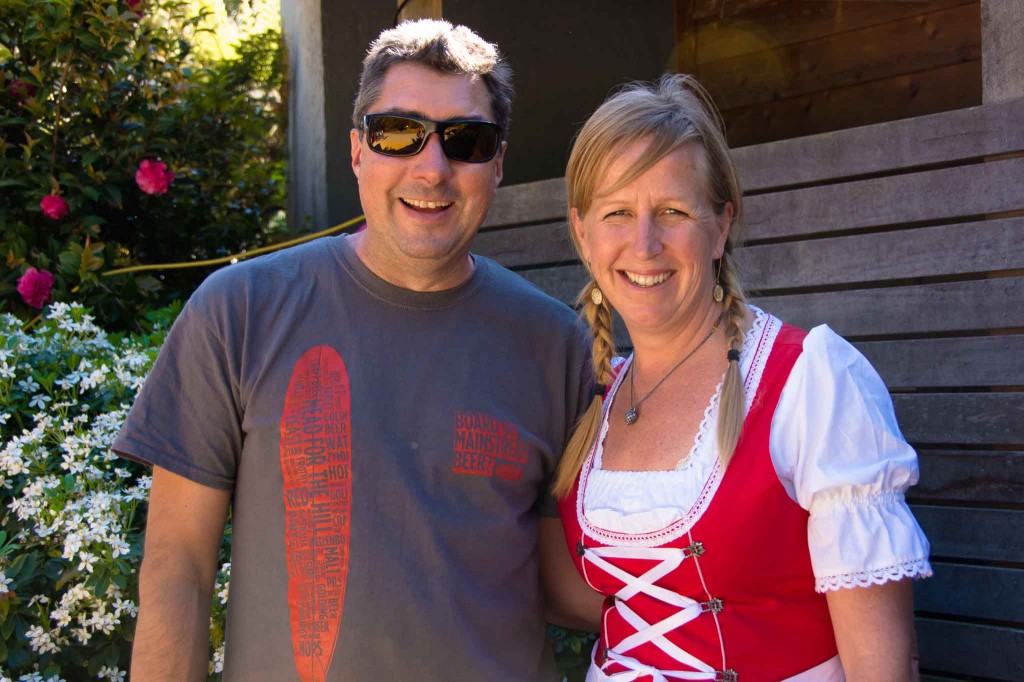 The judging of ‘best dressed’, decided by crowd approval, was difficult to pick with much appreciation for the effort of all the finalists. Everyone present was in on the fun. 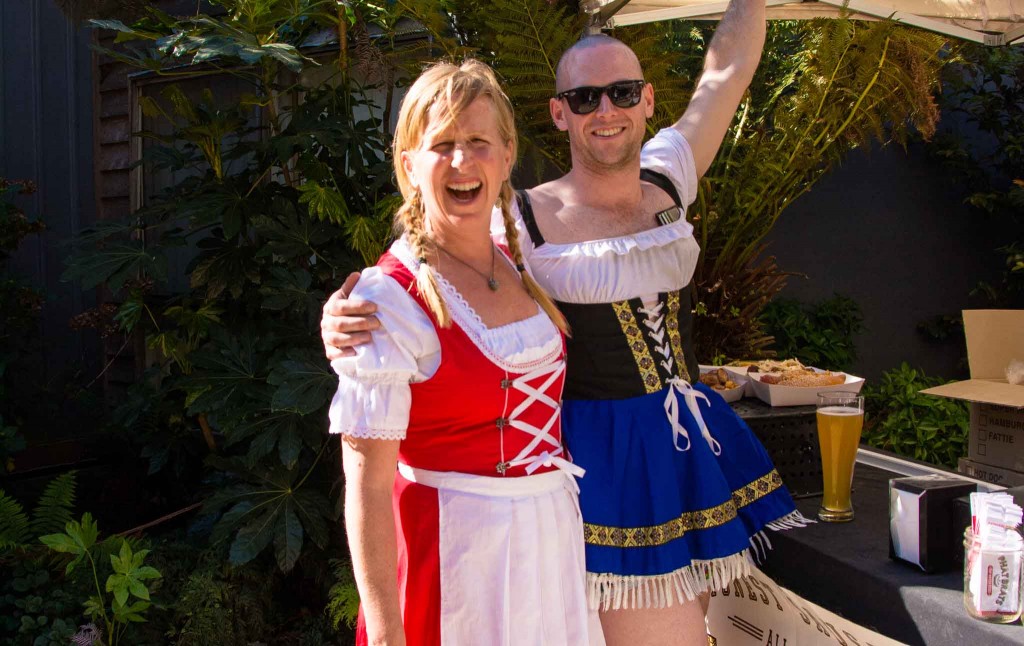 Oktoberfest, like German beer, thrives on a few basic, reliable, ingredients that have evolved over more than 200 years. While its origins are hardly widely known, people now congregate from across Germany, across Europe, across the world, to celebrate just being part of this cultural phenomenon. It is infectious, and a place where it is almost impossible not to make fast friends in buoyant beer halls crowded with people singing rousing renditions of Ein Prosit every 15 minutes or so, and clinking steins with whoever is nearby. 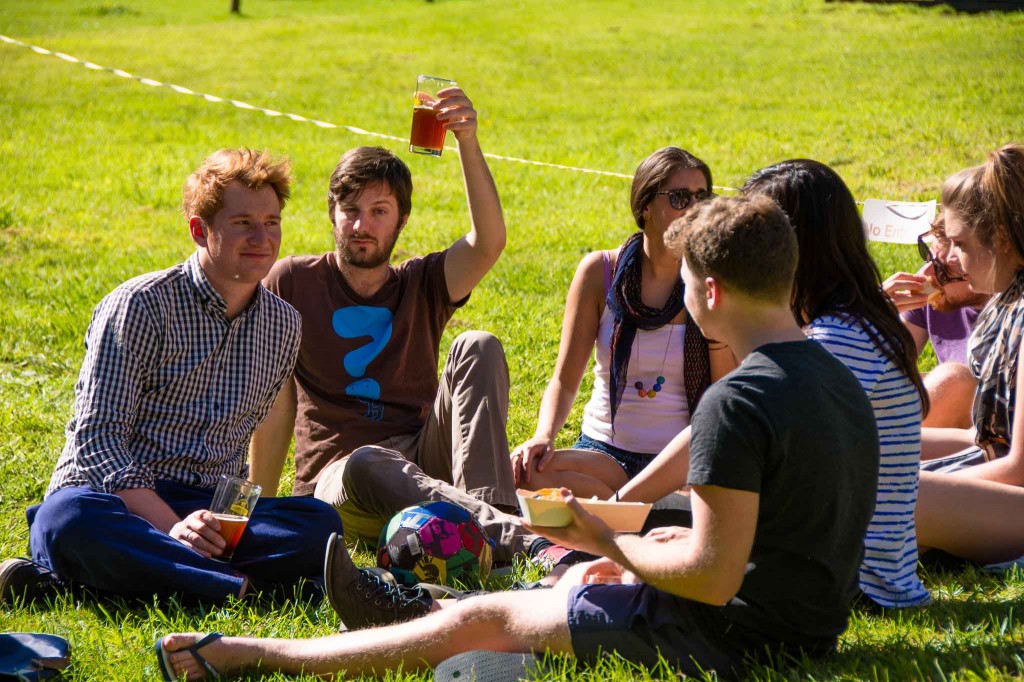 I’ve attended the real thing and a few Oktoberfest tribute events – the lifeless warehouse in San Francisco, a small outdoor setup in Berlin’s Alexanderplatz, and various Melbourne bars – and none had been able to tap into the energy of Oktoberfest. 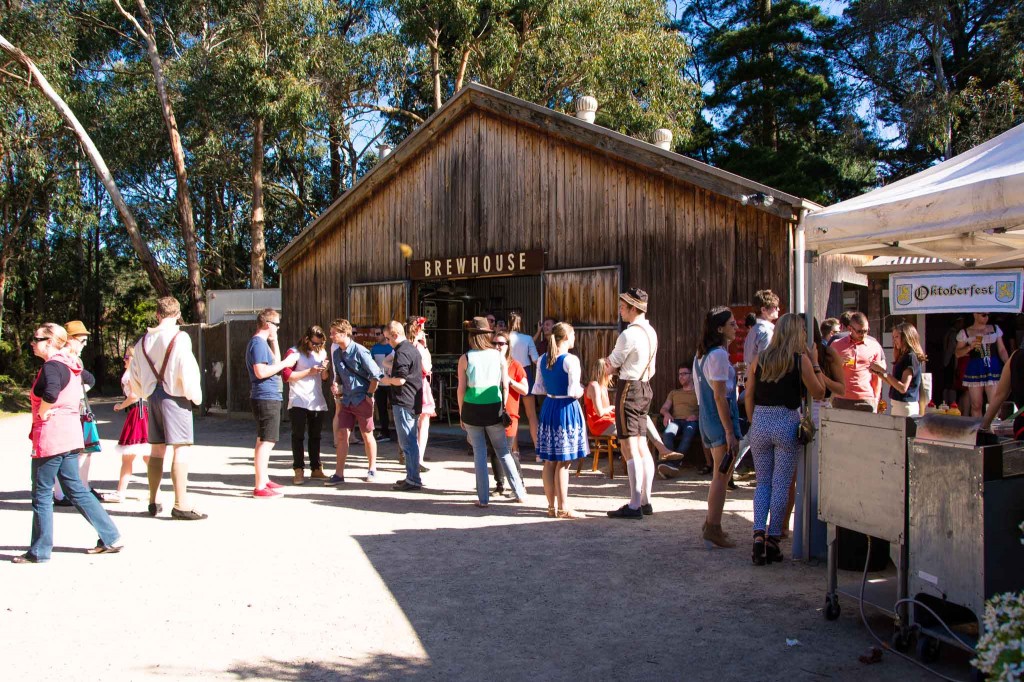 What makes the Bavarian fair so cheerful is the community atmosphere, something almost impossible to recreate on a large scale. It’s too big; too culturally ingrained; too special.

But with the right spirit an Oktoberfest-inspired event can be a great excuse to celebrate the craft of beer while having a bit of fun with friends old and new. 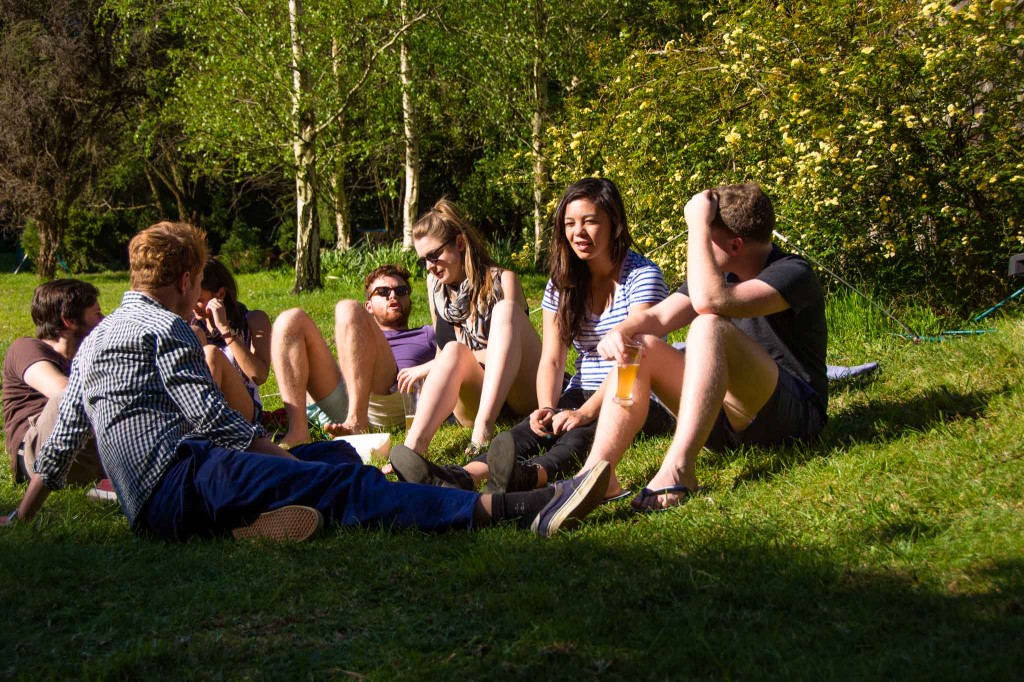 In this way, Red Hill Brewery is the perfect kind of place to run a successful Oktoberfest event. Indeed, it is the best one I’ve been to outside Munich. 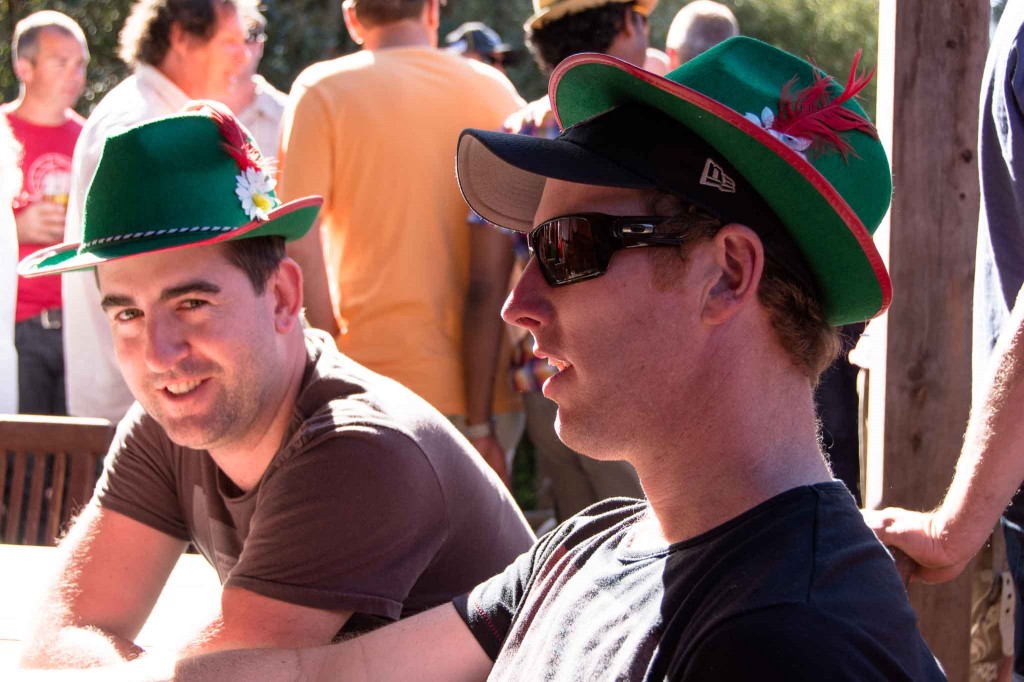 Red Hill Brewery offered an intimate, local take on the two-century old German celebration. This was also one of the now limited and cherished opportunities for the public to get access to the inner-sanctum of the brewery – including a brewery tour – and enjoy their beers onsite.

Simply put, they got the spirit right: one where people came together, not only to drink beer with their friends, but as part of a small community, celebrating something we all loved – the Red Hill Brewery. This was not so much a mini-Oktoberfest, but their own Oktoberfest-inspired event. 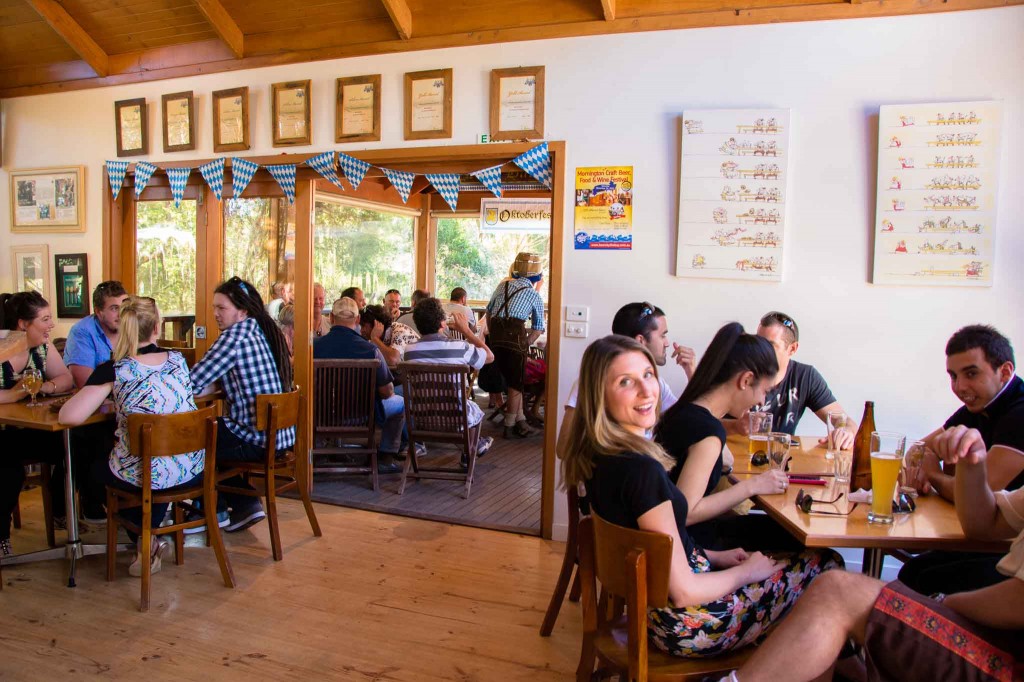 These events need something communal to tap into the festive emotion that brings strangers together. This was the only Oktoberfest event outside of Munich I have been to where strangers engaged so actively, and glasses were freely raised, along with a smile, to say ‘Prost!’

More than the beer, bratwursts and dirndls (although these things are all part of the fun), that’s what the spirit of Oktoberfest is about – communal festivity.

@organic.crew wear their values with pride. Born a

Make the most of the sunshine this weekend at @par

Following in the footsteps of her founder father,

There are a small handful of tickets left for the

Favourite road in the Pen? ♥️

Why all the buzz about VIGNERONS SCHMOLZER AND BRO

Floral design is an innate and acquired skill, and

This upscale but not stuffy restaurant in Dromana

With a Mediterranean ambience, top-notch cuisine a

🍕​​🥳​ Half price pizza Tuesday is back

In two days people from around the planet are cele

This is the new and improved ‘picnic patch’ at